WHAT ARE THE BENEFITS OF SIMMERING TOMATO SAUCES?
By Claire Plum 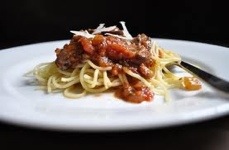 It is no secret that tomatoes provide key nutrients, and a wide variety of health benefits.

Publications like the Nutrition Guideline for Older Adults from the Department of Foods and Nutrition at the University of Georgia specifically highlight the importance of including red fruits and vegetables in a healthy diet. But recent research shows that the health benefits of tomatoes increase by more than 50 percent by simmering them. According to NutraIngredients, a study conducted by Cornell University, found that the antioxidant properties of tomatoes are boosted by cooking because the cooking process breaks down the tomato’s structure and releases lycopene and other phytochemicals essential to health. By releasing these chemical components from the tomato structure, they are easier for the human body to process.

HEART HEALTH
According to the Daily Mail, a well-known British Newspaper, a recent study discovered that consuming 2 ounces of tomato paste per day or drinking a pint of tomato juice from cooked tomato products had the same effect on cholesterol and blood pressure as statins. Statins are one of the most prescribed drugs given for blood pressure and cholesterol control. A study conducted by the American Health Foundation also found that eating cooked tomato products is linked with a lower risk of coronary heart disease.

CANCER
A study conducted by the University of Portsmouth concluded that the lycopene released by cooking tomato products is effective at slowing and limiting cancer growth. The lycopene intercepts cancer’s connection to blood flow. This slowly starves the cancer, preventing it from multiplying as quickly and slowing mass growth. A study by Harvard University further noted that lycopene builds up in the prostate, and that cooked tomato consumption significantly reduces a patient’s risk of developing prostate cancer. Finally, a study by the American Health Foundation reported that cooked tomatoes lower the risk of developing cancer and increase the body’s ability to fight a wide variety of ,including breast, prostate and colon malignancies.

ALZHEIMER’S AND DEMENTIA
According to the University of California-San Diego, regular intake of resveratrol-rich foods, including cooked tomatoes, can prevent brain aging and memory loss. This could be a major breakthrough and a very manageable dietary change for those with a family history or are at risk of developing Alzheimer’s or other forms of dementia caused by the again brain.

OTHER HEALTH BENEFITS
The same study at the University of California-San Diego noted that resveratrol released by tomatoes during the cooking process, can prevent diabetes. Similarly, Dr. Leo Galland of The Huffington Post, noted that bioflavonoids released from cooked tomatoes are a powerful anti-inflammatory and limits the severity of allergic reactions. This decreases asthmatic episodes and may limit the development of chronic lung disease. 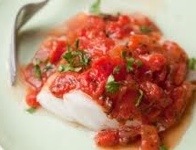 Prep Day: In a medium skillet, heat oil over medium heat. Add onion and garlic; cook, stirring frequently, until softened, about 7 minutes. Stir in tomatoes and juice, wine, oregano, and basil. Simmer 8 minutes or until lightly thickened. Season with salt to taste. Cool and freeze in a air tight container.

Serve Day: Thaw. Reheat in sauce pan until heated through. This sauce tastes great over pasta, fish, or grilled chicken.